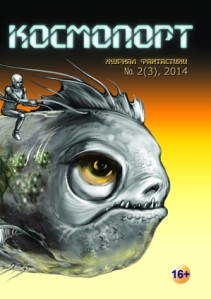 Today’s issue of the Russian language magazine Kosmoport includes a translation of my story “Price of Allegiance,” which originally appeared in Penumbra magazine.

Although it’s always great to see one of my stories appear in translation, this one is special since Russian is my native language. I speak and read it fluently, and translate fiction from Russian into English (though I wouldn’t attempt to translate it from English into Russian; I lack sufficient practice.)

And, on the heels of yesterday’s post about translation, the lead story of the issue is Aliette de Bodard’s “Immersion.”

Comments Off on New Publication: “Price of Allegience” in Russian |