The following stories will appear in Unidentified Funny Objects 2, tentatively scheduled for a September release:

There are 19 stories total (compared to 29 in UFO1) but most of them are longer, with only a few very short (flash) pieces included this time. The two books are roughly the same length.

Arnie Swekel is currently working on the cover. I hope to have a sketch to share in a few weeks.

But wait, there’s more! Nine of the stories in UFO2 will feature unique illustrations by Barry Munden (and he will draw a tenth piece to use as a header for all the stories). Here’s a preview sample, the illustration for Ken Liu’s “The MSG Golem:” 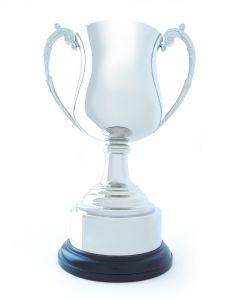 One of the cool things about joining SFWA is that I get to nominate my favorite fiction for the coveted Nebula Awards. Nebulas are voted on by the active SFWA members and are awarded in several different categories. I am not well-read enough to nominate longer fiction this year but made certain

There are tons of great stories published every year. I’m sure I haven’t read even 1% of works published in 2011 that are good enough to be considered for an award. So instead, I cheated. Other SFWA members are able to recommend their favorites on a private forum. Over the last week, I read as many of the stories recommended by at least three different people as I could access (some of them weren’t available online) and selected mostly among those. Of course, I also considered the stories that I read and enjoyed over the course of the year. My nominations were as follows:

The Cartographer Wasps and the Anarchist Bees by E. Lily Yu (Clarkesworld, 4 / 2011)

My overall best short story of 2011 pick Is “The Paper Menagerie” by Ken Liu. It’s beautifully written and emotionally powerful. Ken has had an amazing year and there are easily half a dozen stories of his that were strong contenders for my top 5 list, but I thought it only fair to leave a little room for other authors.

Daily Science Fiction has been providing my SF/F short story fix all year long, and I love a lot of the stuff they publish. I selected my favorites among both flash length stories (Like Origami in Water) and longer fare (I Kill Monsters) that they published in 2011. DSF is getting a cold shoulder from some reviewers due to the sheer volume of material they publish, but I’m confident we’ll be seeing more and more of their stories receive award nods.