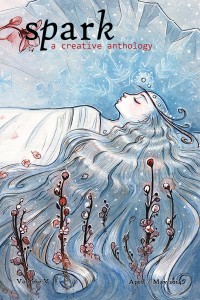 I’m not updating the blog nearly often enough. Sorry about that. Life has been crazy, demands of work, family, and various writing-related endeavors pulling me in every direction. The good news hasn’t stopped though, and here are the highlights of what has occurred since the last update:

* “Icarus Falls,” a 2200-word SF story  has been accepted at Daily Science Fiction and will run sometime in 2014

* “The Perfect Book,” a 1000-word humor flash piece has been accepted at Fantasy Scroll (it was the story wherein I tuckerized a backer of their Kickstarter project) and will run in issue 3.

* Spark V is out, and it includes my translation of “The Ferryman” by Siarhei Bulyha. This is dark-fantasy/horror from a uniquely Eastern European perspective, and very different from what I myself might write. If you want to broaden your reading horizons, check this story out!

* “Burying Treasure,” a 3000-word humorous fantasy story has been accepted by Esther Friesner for the next installment of her iconic “Chicks in Chainmail” anthology series of humorous fantasy featuring female protagonists. In armor.  The book will be published by Baen in 2015.

* “Explaining Cthulhu to Grandma” was the finalist in the 2013 IGMS Reader Poll! I’m very excited by this, of course.

* And speaking of IGMS, they also accepted “The Golem of Deneb Seven,” a 5200-word story about the Orthodox Jewish settlers caught in the middle of a war on another planet. I like to refer to it as my Isaac Babel in Space story. “Golem” is going to be the lead story in the July 2014 issue (yay color art/cover!)

* “The Rumination on What Isn’t” will be podcast at Drabblecast in late 2014.

* “The Keepsake Box” will be reprinted in the Pandora-themed issue of Timeless Tales.

* “One in a Million,” a humorous 2000-word SF story, has been accepted by On Spec.  No publication date yet — I heard they can take a little while, but it’s nice to make a sale to a new (to me) venue.

So, yeah. It’s been a good month. The tide of story sales is bound to subside a lot in the very near future, as I am running out of short stories (have been working on the novel instead of writing more). But I’m enjoying it immensely while it lasts!

“Spidersong” was my first SFWA-qualifying sale and remains one of my stronger flash stories written to date. It’s been a busy week for this little story. First it was reprinted in the anthology of Campbell Qualified authors (see previous post), and today it’s live at Drabblecast!

They do an amazing job, making the story sound awesome and creepy at the same time. It’s also really cool that “Spidersong” got the cover treatment! (It’s one of three flash stories in this week’ s edition). 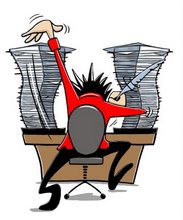 It has been a busy couple of months. In addition to my already hectic schedule balancing work and family obligations I foolishly decided to go and create an anthology. If you read my blog, you’ll notice that that all the recent posts have been about that. Which is no surprise because I spend, on average, 6 hours a day working on UFO.

However,  I’m still a writer first and an editor/publisher second (even if it doesn’t feel that way right now.) I’ve been producing some new stories — not nearly as many as I would have with more free time, but my output hadn’t dropped off completely. I’ve also been making sales. Sales that, in the past, I would have rushed to breathlessly announce on the blog. But lately I’ve been so slammed that I couldn’t even take the time out for a proper victory lap. So let me catch up by turning this post into a marathon of braggage.

The following stories have been accepted for publication in the last month:
The Tell-Tale Ear – Nature Magazine’s Futures Feature

This is a humorous take on Edgar Allan Poe’s most famous tale, adjusted for the twenty first century. The story is told entirely through e-mails. It will be my second story to appear on the pages of Nature this year.

This story originally appeared in Daily Science Fiction and can be read here. The Drabblecast will produce a podcast of it.

This is a tongue-in-cheek story about “Mood Ring” houses that shapeshift according to the inhabitants’ mood. Nothing could possibly go wrong, eh?

This story features a really cool system of magic which, more than one beta reader suggested, should probably be used in a longer story or even a novel at some point. But this story works really well for me at flash length, and you’ll be able to decide for yourself as it will be published on September 1, as part of Kazka’s “The Last Hurrah” prompt.

I should also mention that three of these four tales were originally written for the Shock Totem flash fiction bi-monthly contest. I love participating in this contest alongside the likes of Ken Liu, Damien Grintalis and many other excellent writers.  I never do particularly well in the contest (they like horror over there, and I don’t tend to write dark) but I don’t care — I’m happy to let the contest help me come up with many of my better flash stories.

So there. Victory lap accomplished. And now back to working on the anthology.

Comments Off on I’m Still a Writer |