An Overflowing Basket of Awesome

I’ve been so busy lately with getting the UFO3 print files ready, working on the short story collection, posting Kickstarter updates and other various things, I’ve been neglecting the blog. Again. Sorry about that. I know (or at least totally assume) that you missed me.

So, here is the run-down of extremely cool things that have been happening lately.

* The Kickstarter campaign for “Explaining Cthulhu to Grandma and Other Stories” has funded, raising over 250% of the initial goal! There will be an e-book, an audio book, a paperback and a hardcover published in February, and a separate novella-length book released in August of 2015. Watch this space!

* My urban fantasy noir story “The Fiddle Game” has been accepted at InterGalactic Medicine Show and will appear really soon–in fact, later this month!

* Daily Science Fiction picked up two of my flash stories: “Letting Go” and “The Seven Habits of Highly Effective People.” They also recently published their September table of contents, and one of my strongest-ever stories, “Icarus Falls” will appear later this month. I’ll be sure to post a link!

* I received permission from the Russian author Tatiana Ivanova to translate into English her hilarious novelette “Impress Me, Then We’ll Talk About the Money.” I’m almost done with the translation and hope to help it find a great home in the coming months.

* Speaking of translations, I managed to knock off two items off my writer bucket list simultaneously–my first commissioned story and my first Chinese translation. The difference between a solicited story and a commissioned story is that, with the latter, you get paid  when you turn in your work. A solicited story might still get rejected if the editor doesn’t like it. So, naturally, commissions are rare as they indicate a significant level of faith on the part of the editor. In this case, it’s for a super-cool contest in China. My story will be translated and published in Chinese first — the English version can be published sometime next year. I’ll write a separate blog post about this later this year because the contest it’s for is anonymous and I don’t want to give away any details about my entry.

* And as far as solicited stories go, I was invited to submit to a near-future space exploration anthology edited by Bryan Thomas Schmidt and published by Baen books. This morning Bryan announced the final TOC and my story “The Race for Arcadia” (about the rekindled space race between the US, Russia, and India, told from the perspective of the Russians) will appear in it alongside an all-star cast that includes such awesome writers as Mike Resnick, Bob Silverberg, Ben Bova, Jack McDevitt, and James Gunn, among others.

* On a regular day, making it into what might be the highest-profile TOC anthology of my career to date, would be the best writing-related news of the day. But not today. Today I got home from an extra-tough day at work to find a message of congratulations in my Twitter feed. Apparently, I’ve been nominated for the WSFA Small Press Award! 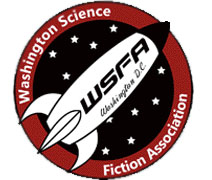 WSFA is the Washington Science Fiction Association, the fine folks who run Capclave. My story “Explaining Cthulhu to Grandma” has firmly cemented its place as my most successful piece of writing thus far, by becoming one of eight short stories nominated for the award this year! Here’s the press release.

There’s some incredibly tough competition, but I’m super thrilled to be considered. This story was the finalist in the IGMS 2013 Reader Poll, and it was on Tangent Online’s 2013 Recommended Reading list, but this is the first time I’ve ever been nominated for an actual, honest-to-God writing award.  And I must say, I like it very much.

So that’s my basket of awesome. I promise to update the blog more often this month. Until then, if you need me, I will be floating somewhere in the vicinity of Cloud Nine.

This entry was posted on Monday, September 8th, 2014 at 8:59 pm and is filed under Acceptances & Publications. You can follow any responses to this entry through the RSS 2.0 feed. Both comments and pings are currently closed.

2 Responses to An Overflowing Basket of Awesome