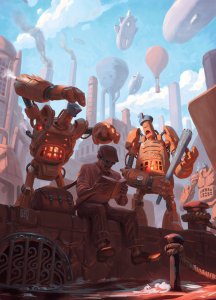 I’ve read a LOT of funny science fiction stories so far, and have a good number in my “maybe” pile, but this is an update on the stories that have made it into the book already:

“Observation Post” by Mike Resnick (Beyond the Sun, Fairwood Press, 2013)

“Flying on My Hatred of My Neighbor’s Dog” by Shaenon Garrity (Drabblecast, 2013)

“Half a Conversation, Overheard Inside an Enormous Sentient Slug” by Oliver Buckram (F&SF, 2013)

If you plan on sending a suggestion, please do so in the next day or two at the latest. I hope to finalize the TOC in the next week.

This entry was posted on Monday, June 29th, 2015 at 11:35 pm and is filed under Publishing, Uncategorized. You can follow any responses to this entry through the RSS 2.0 feed. Both comments and pings are currently closed.