Introducing: The Hex is In 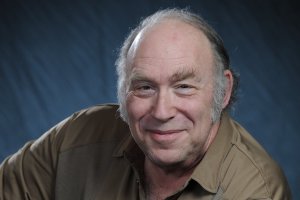 This book will collect, for the first time, all fifteen Harry the Book stories Mike has written. These stories have appeared in a variety of anthologies and magazines spanning a decade. Several of them were only published in the United Kingdom, and one has never been published anywhere at all.

Two of these stories premiered in the Unidentified Funny Objects series while one more was reprinted in Funny Fantasy. Others have been published by such editors as Gardner Dozois, Martin Greenberg, and Eric Flint.

Harry the Book yarns are humorous fantasy set in the alternate version of New York where magic is real and fantastical creatures are commonplace. In fact, this is a shared setting with Mike’s Stalking the Unicorn series.

Harry the Book is a bookie who takes bets on everything from horse races to dancing contests to political campaigns. And — always — the hex is in. Unscrupulous magicians meddle with the odds forcing Harry and his motley crew (which includes a four-hundred-pound flunky, a six-foot-ten zombie, and a lovelorn wizard) to scramble, dealing with the consequences.

These stories are written in a unique voice–meant to emulate and pay tribute to Damon Runyon (author of Guys and Dolls and other stories). Runyon was the bard of the New York underbelly of the early 20th century, celebrating the hustlers, gamblers, and gangsters of the era.

Filled with larger-than-life characters and ridiculous scenarios, this book is sure to delight Resnick fans and Runyon fans alike.

Carol Resnick, Mike’s wife who is a Runyon fan and for whom Mike wrote these stories, will pen the introduction.

I’m very excited about the opportunity to publish this book and will keep you updated on its progress!

This entry was posted on Tuesday, February 11th, 2020 at 7:05 pm and is filed under Publishing. You can follow any responses to this entry through the RSS 2.0 feed. Both comments and pings are currently closed.