Coming up for air to report that I attended this year’s Worldcon, happily managed to mostly keep out of the controversies surrounding it, and had a great time hanging out with old friends and making new ones. I’m not very good at remembering to take pictures but, fortunately, I ended up in several taken by friends, enough to gather and post them here, mostly for my own records and ability to find them later. 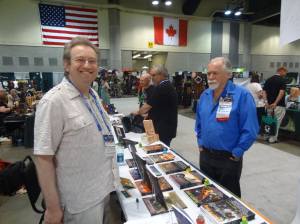 With Bob Silverberg while at the Galaxy’s Edge/Phoenix Pick booth. 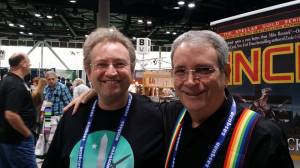 With Guest of Honor David Gerrold. 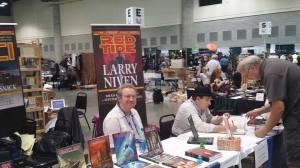 Hanging out with Mike Resnick.

Mike Resnick teaching me some of the finer points of novel plotting. 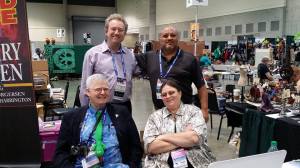 And here are a few photos I managed to take (mostly during the Hugo ceremony):

Filled auditorium, view from the second row (aka the good seats!) 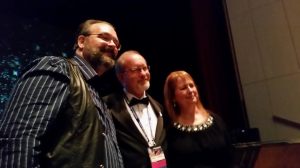 David Gerrold and a dalek. Best line of the Hugos: “David, my eye is up here!” 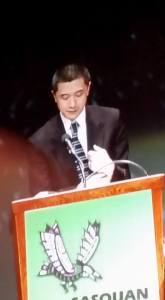 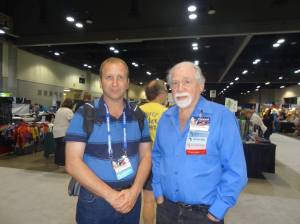 This entry was posted on Sunday, August 30th, 2015 at 10:45 am and is filed under Event Appearances. You can follow any responses to this entry through the RSS 2.0 feed. Both comments and pings are currently closed.

One Response to Worldcon 2015 photos