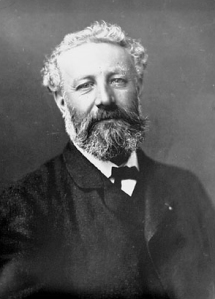 Some of the most basic writing advice out there is “show, don’t tell,” “avoid adverbs like the plague” and “write what you know.” While the former two adages are more or less universal, it’s a lot harder for a speculative fiction author to follow the third. After all, what writer could have the first-hand experience navigating a faster-than-light starship, traveling back in time, or casting magic spells?

In most cases a healthy amount of research will do the trick. Jules Verne, renowned for his lush descriptions of exotic and faraway places, hardly ever left his armchair. He learned about Africa, India and other settings outside of Europe by reading books and studying maps. One can only imagine what kind of adventures the grandmaster would have thought up if he had access to the Internet. Or perhaps his productivity would have been stunted by World of Warcraft and Words With Friends – just like the rest of us… Or is that just me? But I digress.

Research is how I cope with writing about stuff I don’t necessarily know much about. I don’t have to become an expert in every field — I just learn enough to fake sounding like one on paper. After all,  if I can’t fake a little knowledge, how can I write convincing accounts of telepathic alien spiders or bad-ass magic wielders on the streets of Brooklyn?

A good portion of my allotted writing time is spent on Wikipedia, looking up various subjects. And the subjects are only getting stranger. Recently some of the stuff I had to look up online for my stories included:

* Manhattan Municipal Building
* Mose the Fireboy
* Persimmons
* Variations of Shakespeare’s “To Be or not to Be” soliloquy in “Hamlet”
* Kaballah and Jewish mysticism
* Sunset Park waterfront
* Sumatra
* Year the JFK airport was renamed as such
* Common Greek names
* Volcanic eruption that destroyed Pompeii.

These aren’t all for the same story (although, if they were, it’d be a doozie!). On second thought, I looked at the list again and SIX of the ten examples I listed are all research for just one story – a sequel to “A Shard Glows in Brooklyn” titled “Requiem for a Druid.” I really doubt anyone would be able to figure out which six, but feel free to give it your best shot in the comments.

This entry was posted on Monday, December 5th, 2011 at 8:50 pm and is filed under Craft of Writing. You can follow any responses to this entry through the RSS 2.0 feed. Both comments and pings are currently closed.